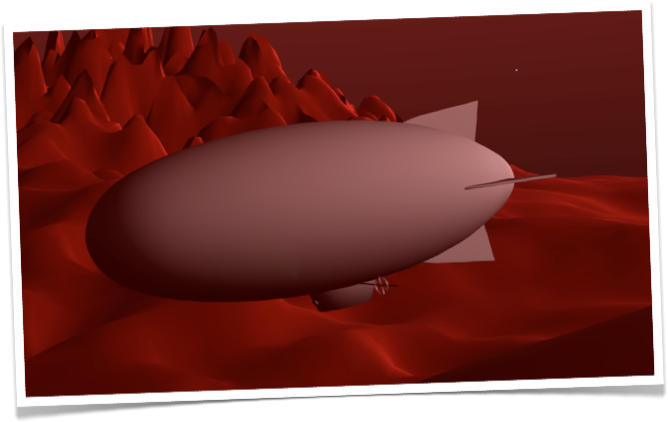 Zeppy is a robotic aerial vehicle, a blimp with onboard sensors (a camera and sonar), onboard processing and a real-time videolink to a groundstation. The project received funding from the Artificial Intelligence department of the University of Groningen and was showcased at CeBIT (the largest IT-fair of the world!), the opening of a new university-building, regional television and during two open-for-all presentations.

Together with Jaldert Rombouts, Tessa Verhoef and Tijs Zwinkels I started the project with a small retail zeppelin, under supervision of Tijn van der Zant. The main aim of the project was to acquire more knowledge of (robot-) hardware and to study the effect of being able to manipulate both software and hardware, i.e. embodied cognition (real intelligence needs a body). What a robot is capable of does not rely solely on it`s software architecture! 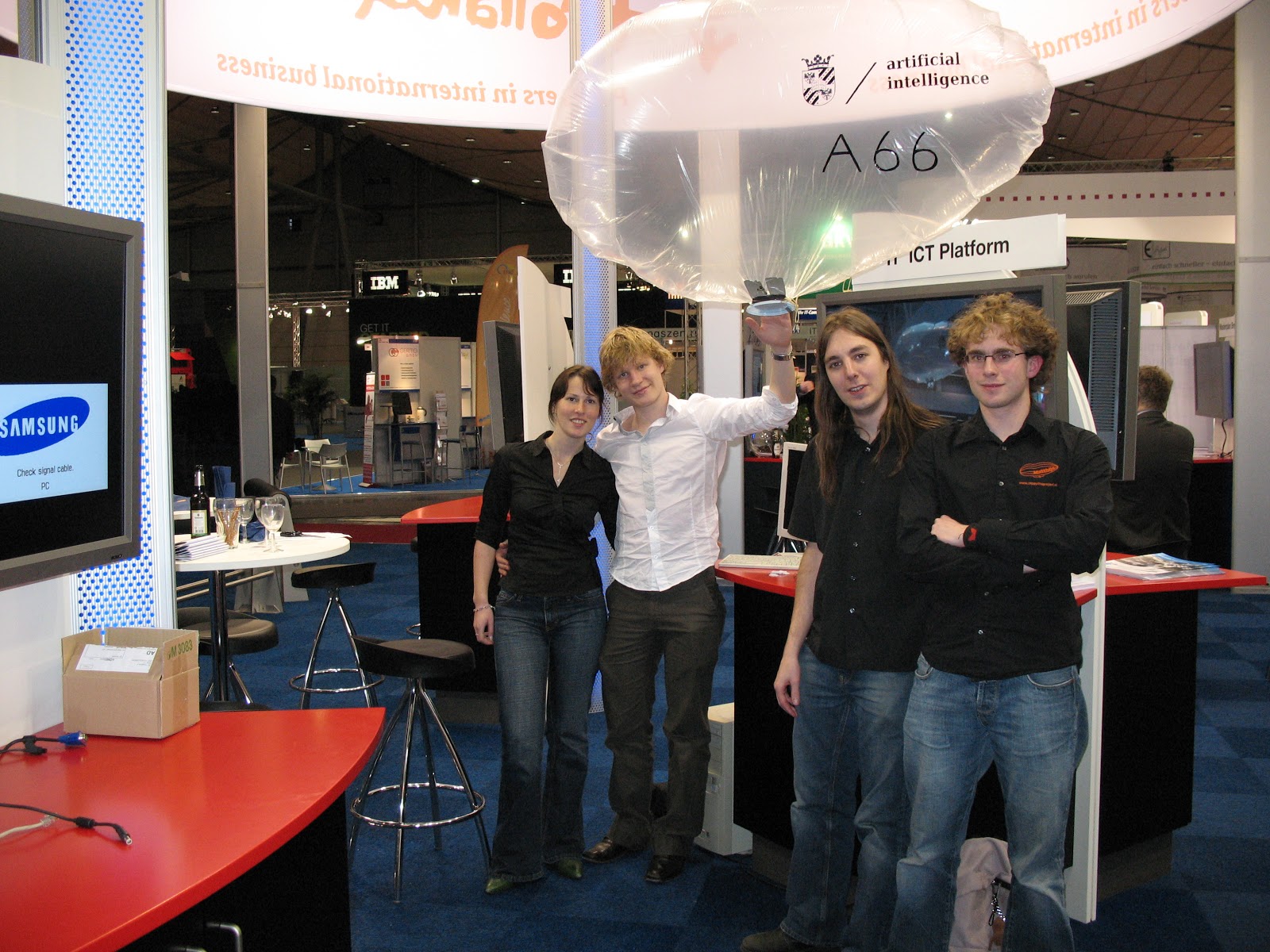 We started with a toy blimp, but soon nothing was left from this original zeppelin. We made the balloons ourselves, we replaced the motors, the onboard electronics, everything… The onboard processing was done with a Gumstix board together with a Robostix unit, our two sensors were a ‘spy camera’ and sonar. 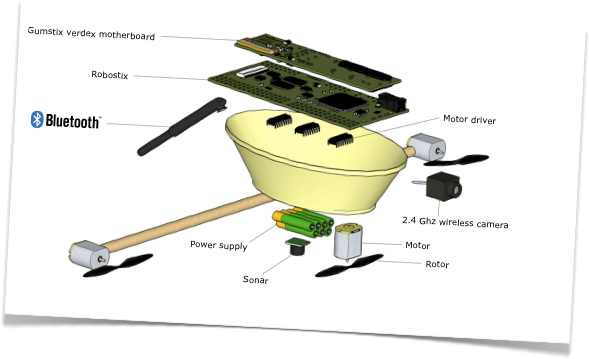 On the software side we wrote our brain architecture in C++ and OpenCV (from Intel) for image processing. Zeppy was capable of recognizing direction, face recognition, edge-detection and did elementary motion detection.

More information can be found on the original weblog: http://www.zeppytheproject.nl