A while ago I created a board game called Connectix. The goal of the game is to connect three seemingly random words written on a card. These connections can be quite far-fetched, an example would be:

The players see only the three words on a card. One player picks up the card and either knows the connection and explains it, or he bluffs and tells a random story he made up (“the forefinger was called gun-finger and eye-finger in the past”). The other players than vote if they believe the story or not.

So the game consists of luck (the cards you get), knowledge and creativity. Too bad it apparently was too difficult to play :D

With each card there was an extra bit of trivia attached, to keep it a bit light-weight. In our example: 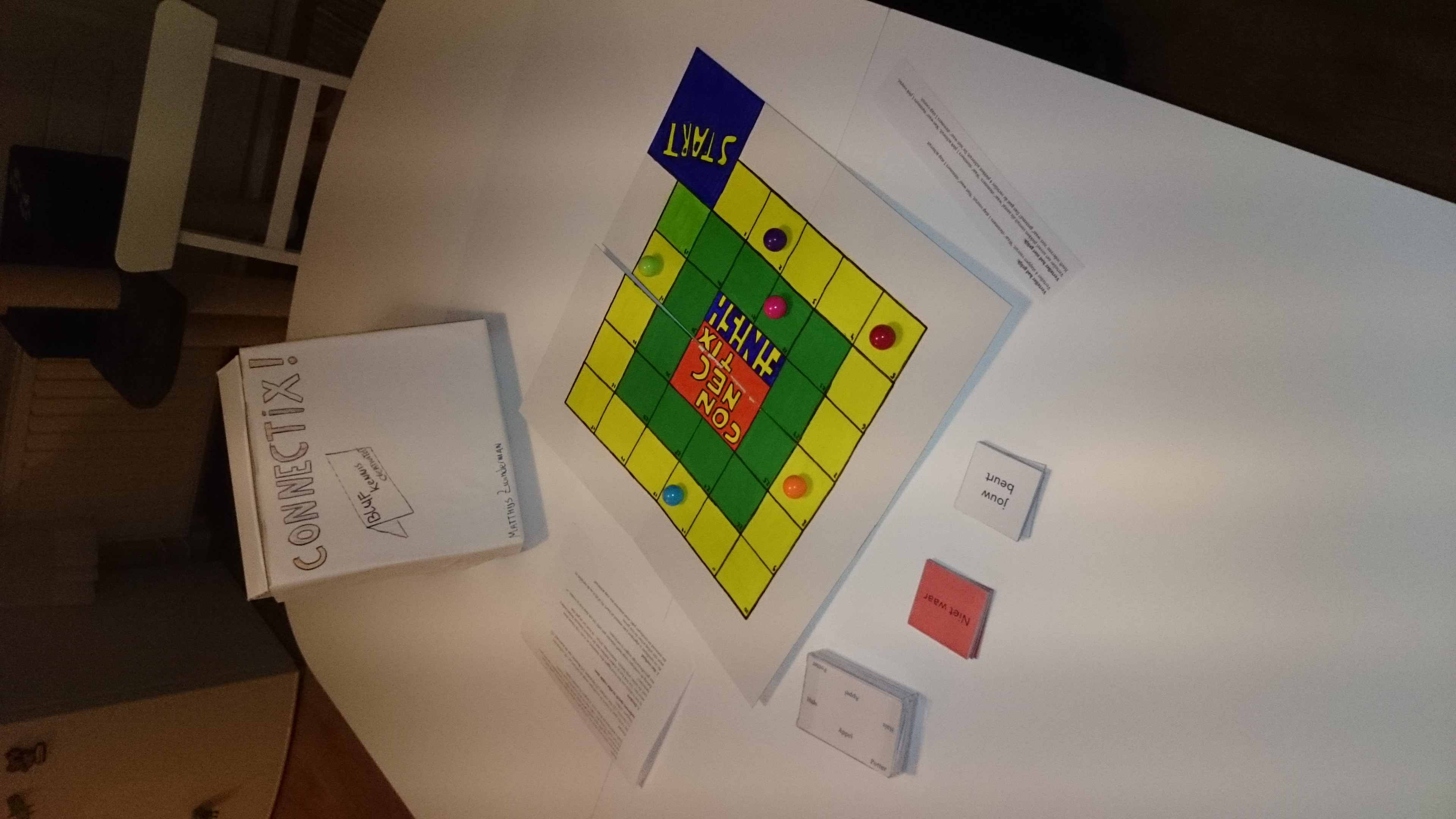 the prototype packaging, with the gameboard, voting cards and riddles

So the board-game didn’t completely work out. But that doesn’t mean the game is over!

update july 2018: apparently there is a scientific interest in this idea, there’s even a test (Remote Associates Test, the RAT) to measure combinatory thinking. Developed by Sawyer in 2013. Here’s an article in English using Dutch words and here’s the article I found this reference.