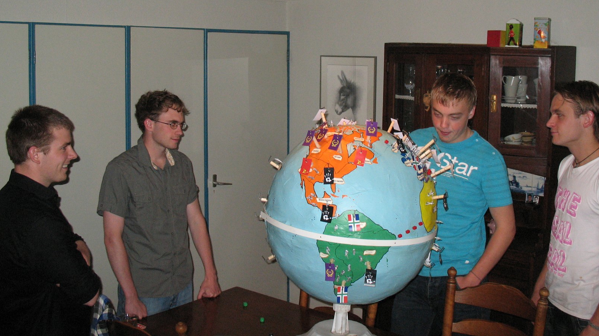 Traditionally, Risk is played as a board game on a flat 2D surface. Ofcourse such an interface gets boring after a while :)

Together with my brother, a.k.a. partner in crime, Remco, we completely reinvented the game so that it works on a much cooler 3D surface. The game is completely playable and offers many ways to extend the original game (we added Pearl Harbor, for instance). And last but not least, it is a lot of fun to play this way :) 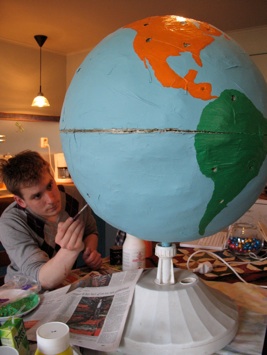 The world is as realistic as possible, we mapped the positions of all countries on a ball with the help of a map. On those positions we added our revolutionary system for counting the armies, a protruding stick. The small ball was enlarged with liquid plastics and then rounded again. As a final step we painted the world in bright colors, showing the continents. To mark who owns which army we made flags, for up to six players! 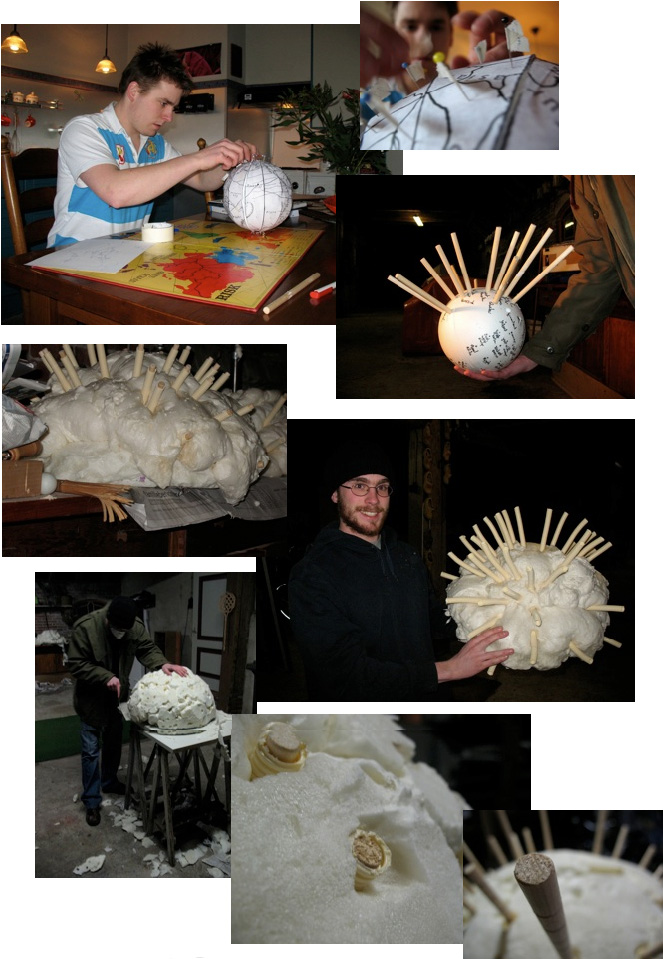